How to pass in a zoo

How to pass in a zoo

When I walk on the downtown some people often stop me and ask:
– Where there is a zoo?
I think it occurs because of the fact that our zoo rather small (in comparison
with zoos in the known tourist capitals) and it is also disguised by a big red fence.
Therefore it is easy not to see and to pass by.

Animals don’t walk here on ground as in Europe and if walked that I think them
quickly would torture. In the summer here hot from steproads and lack of a shadow,
and in the winter animals in winter open-air cages and them especially not to consider. In cafes it is uncomfortable. But when I was in Rome there uncomfortablly in a cafe too. Probably it is destiny such at cafes at zoo.

What type of visitors are theret? First: parents with children to 7 years. Well it is necessary as that to show
to the child what in principle there are animals in the world, when there is no an opportunity to see them
in real habitat. Secondly Still residents of the next small cities and villages.
Them it is visible at once. Daddy sits in a shadow at the car parked in all inconceivable ways
and often with violation of signs though in to 100-200 meters there are empty seats.
Is at a zoo and the paid parking underground.
In the third – school students groups. Many cities of area and the nearest regional centers
and have no it.

The zoo was love of the past a measure therefore so in general it is quite good and developed.
It is convenient that it is possible to pass all zoo for an hour. Now in minds of administration
the idea to transfer a zoo a countryside wanders.
If you have nothing to borrow time, you travel with children and you want to add to a collection
what was seen one more zoo, Ekaterinburg can quite be object of visit.

1. the trolleybuses: Trolleybuses go on Belinsky str. (to the City Center), Rosa Luxemburg str (from the Center to the south) (numbers 1,5,6,9,11,15,20). You leave troll at a stop “Dom Profsouzov” (“Ulitcza Karla Marksa”) and go on perpendicular street to a route of troll.
You must go on the Karl Marks str 300 meters to the east and must stop when you will see a big red fence. If you see the river (embankment) – that means you have gone west.

If you go on trolleybus on Malysheva str (numbers 6,7,18,20) then you leave at a stop “Dom Kino” and you must move on perpendicular street to the trolleybus’s route (Lunacharsky str) and go 300 meters to the south.

3. the subway: “Geologicheskaya” station, it is possible to pass by tram towards Belinsky str., and look p2. plus
or you can go 1 km on foot to Lunacharsky str, further 300 meters to the north

4. By car: on Mamina-Sibiryaka str the traffic moves from the North to the south.
Near the zoo there are about 50 parking spaces, but they are constantly occupied, you can pass and look for places on perpendicular streets – Engels str, K. Marx str or parallel Lunacharsky str or to drive over money on the underground parking. 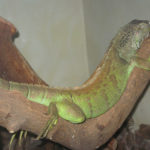 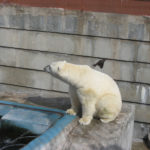 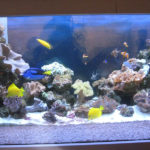 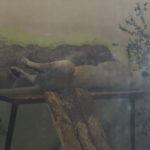 This entry was posted in free category. Bookmark the permalink.